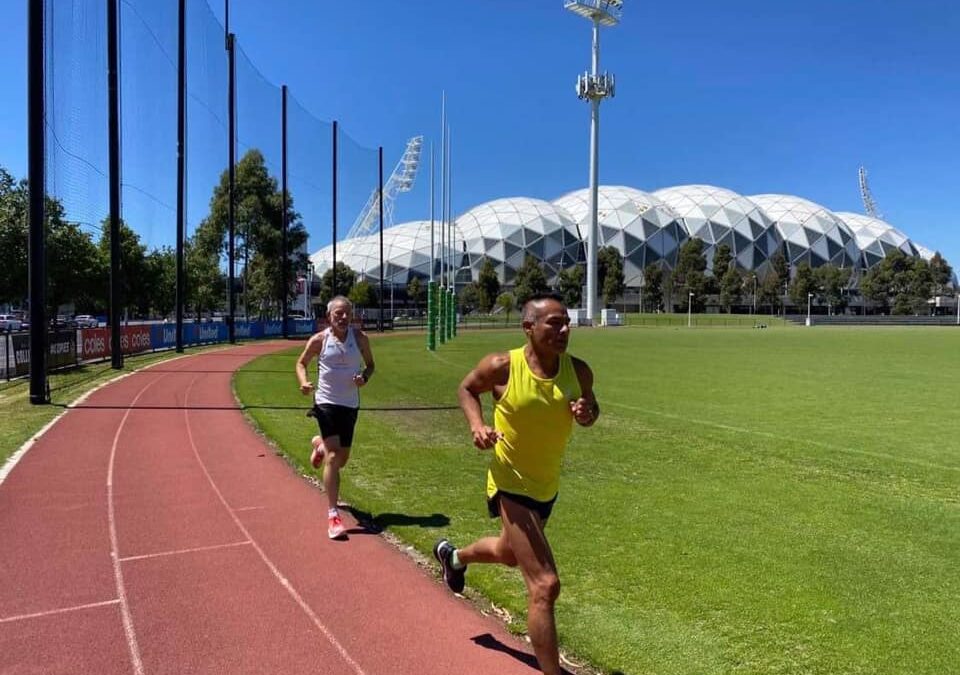 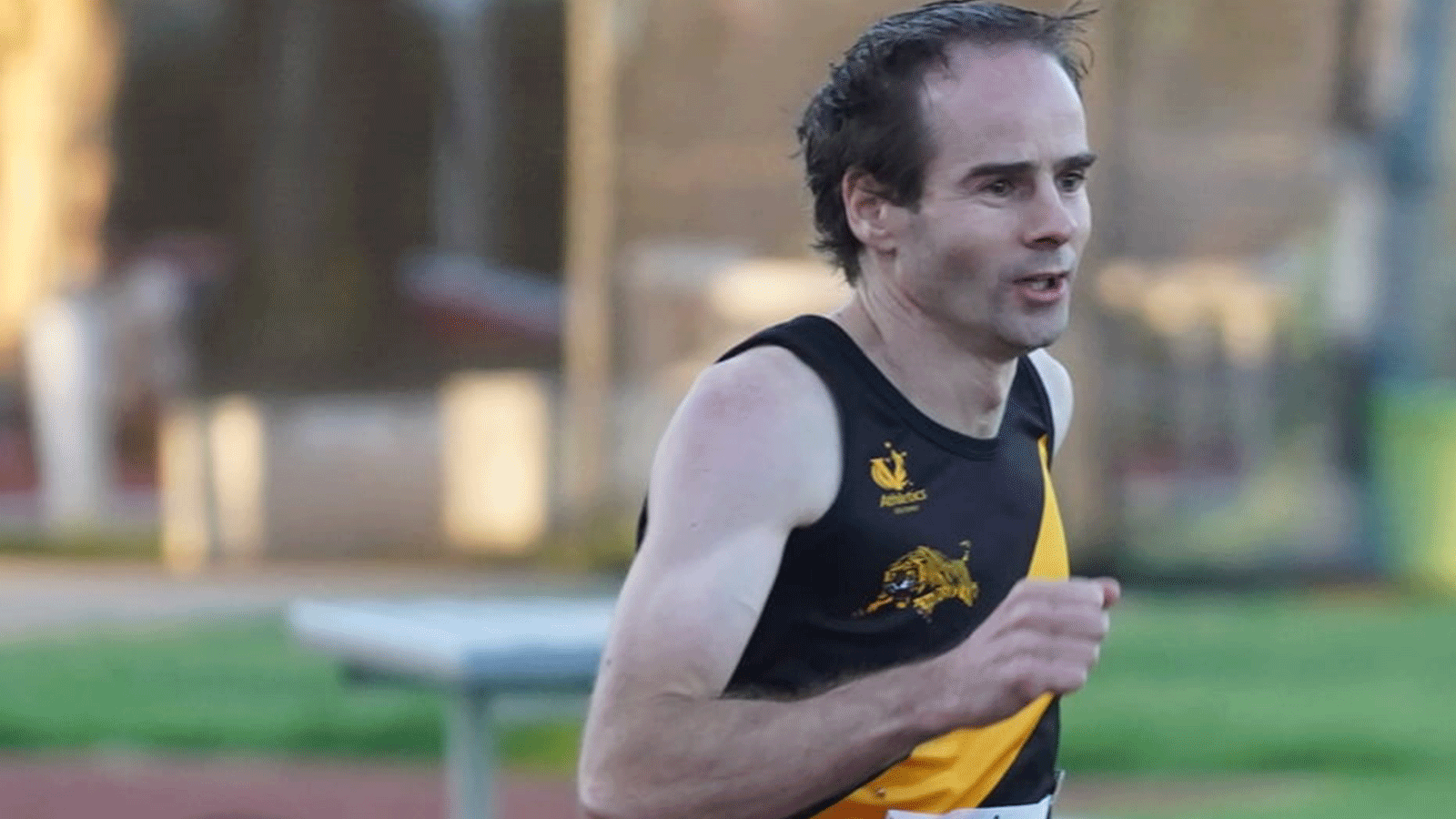 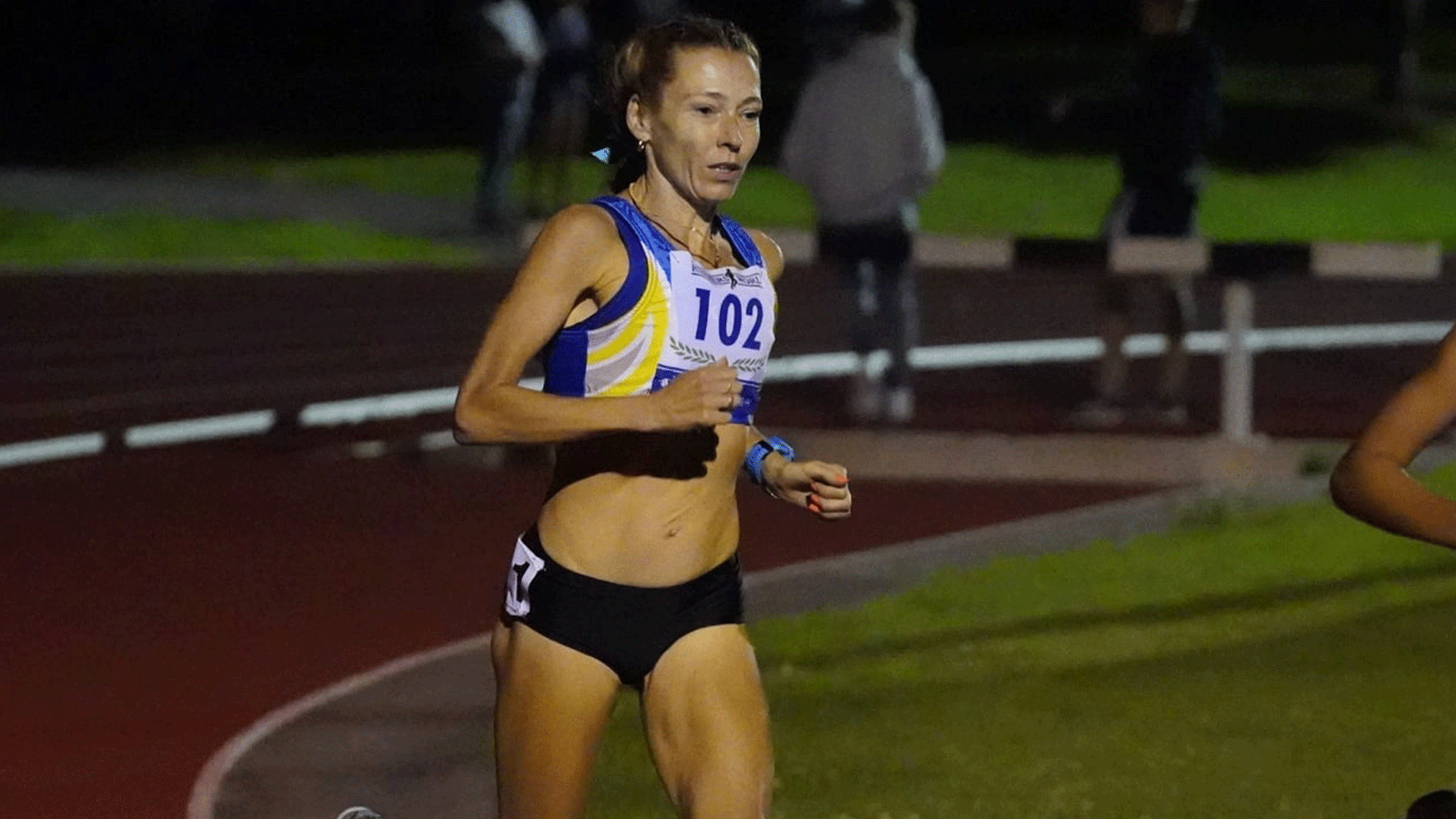 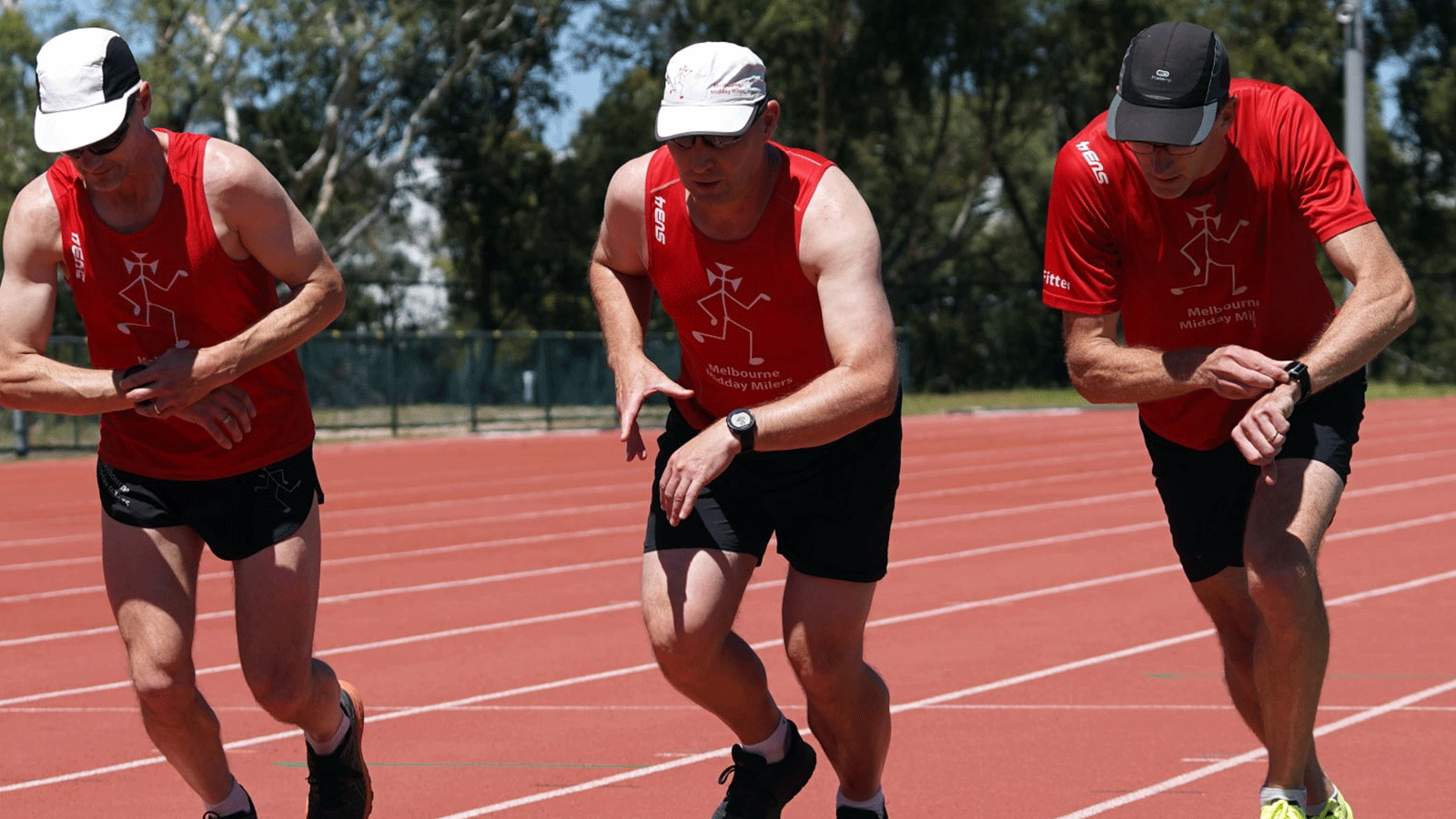 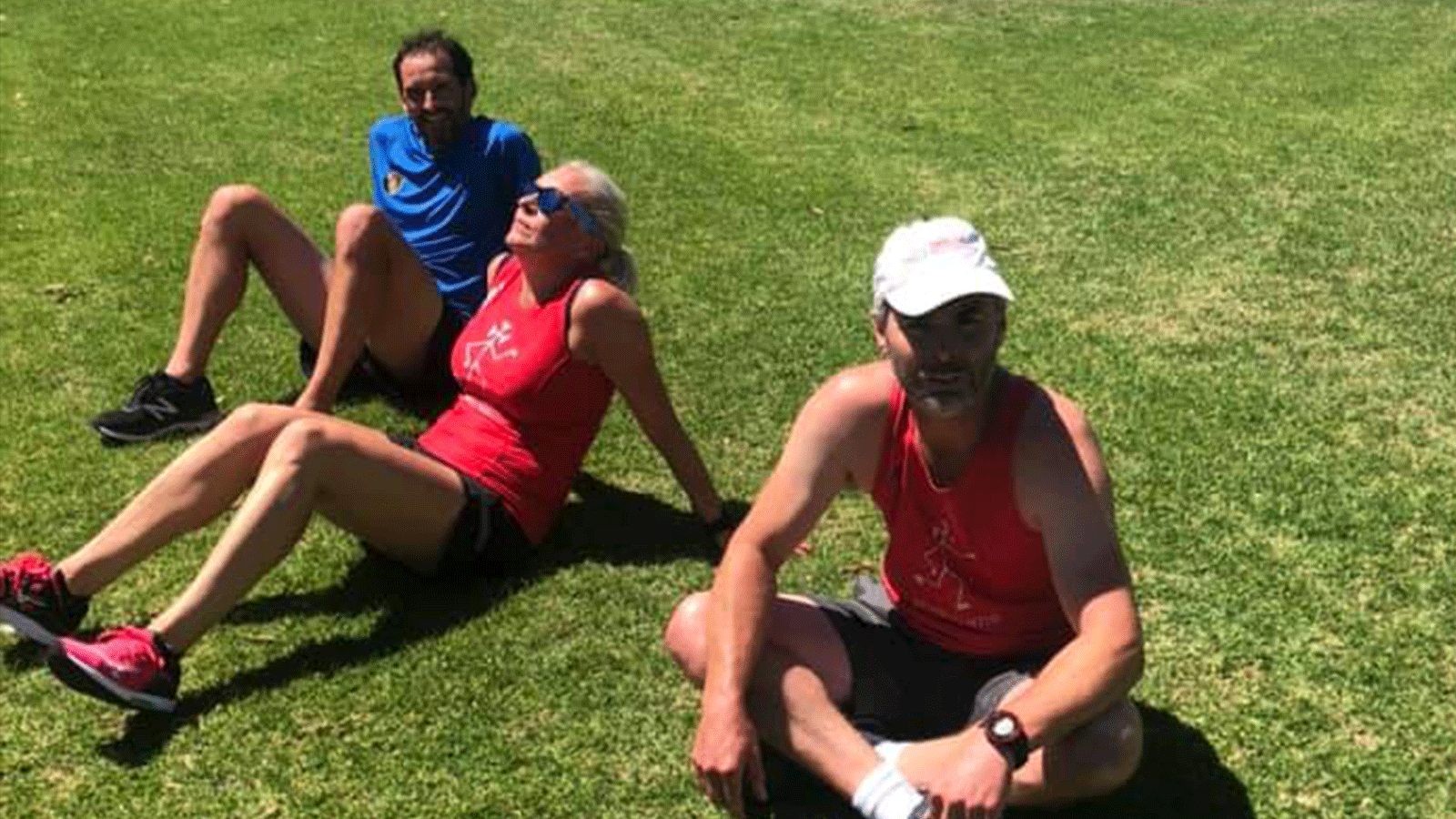 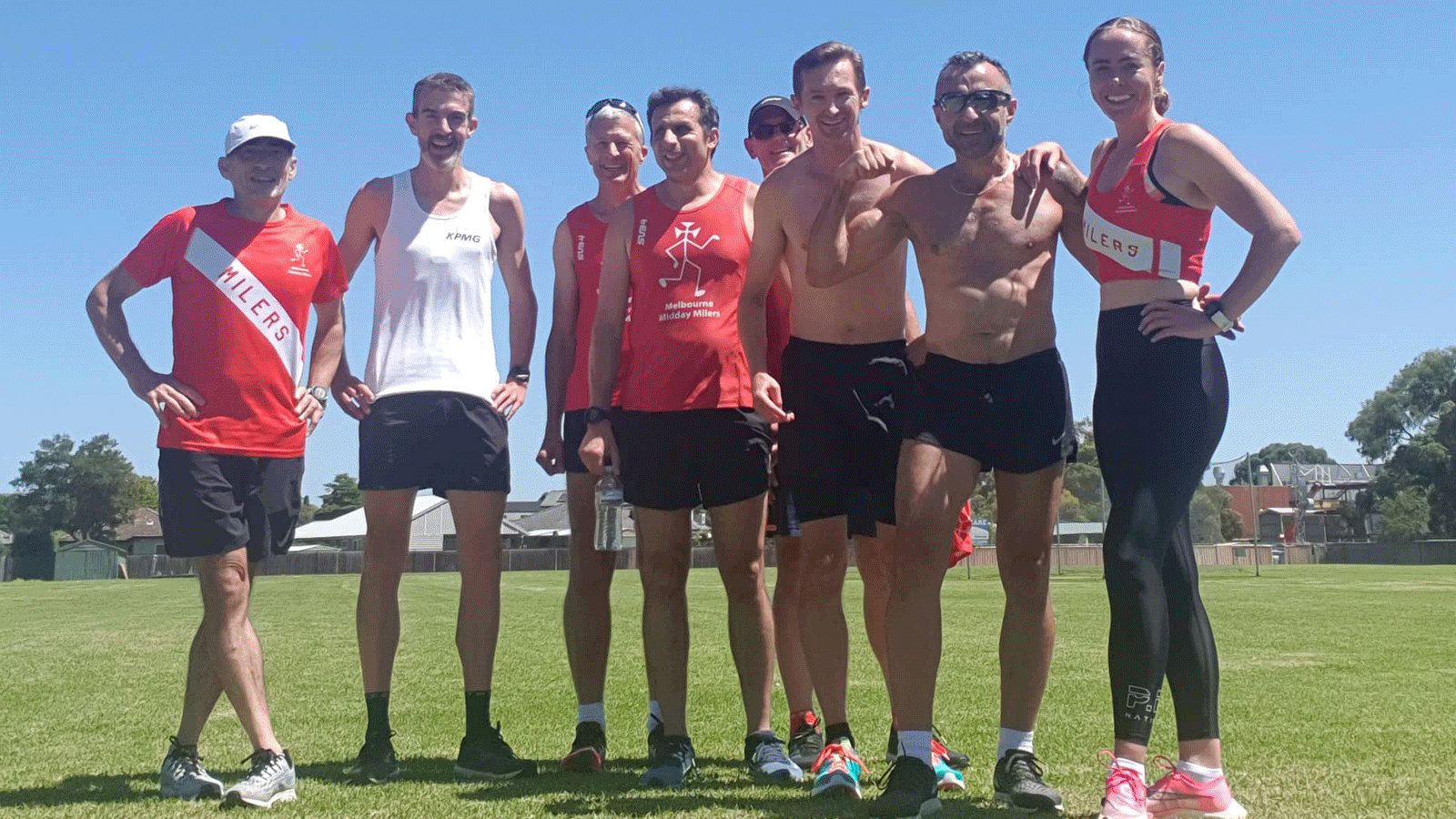 The 2021 Club Championship kicked off with 41 runners contesting the Mile Handicap at four separate ‘hubs’, plus the Victorian Milers Club (VMC) meeting at Box Hill, between 9 and 11 February.

Besides providing a welcome return to competitive Miler action, it also acted as a launch event for the four hubs (CBD, North East, Bayside and East).

As each hub race started at the same time the fields did quickly string out, unlike the dramatic blanket finishes this event usually serves up. But once the handicaps were applied and the results were collated, it was as close as ever.

In fact, handicap honours were shared, between Bruce Arthur and Andrew Compson, who ran their 1609m in 5.03 and 4.58 respectively. Ian Dent placed third, while Mel Jansen dipped under six minutes to take out the women’s event (6th overall) just ahead of Anne Martin.

The fastest scratch times were unsurprisingly recorded at the paced and tightly-graded VMC event. Mark Stodden (fresh from a super-impressive 2.01 800m pb) ran 4.42, while new member Robert Schwerkolt’s 4.58 topped the age grading list with a remarkable 89%.

With warm, sunny conditions, plenty of support and typically efficient Miler organisation, this inaugural hub event was- by all accounts- a resounding success. Special thanks to our peerless handicapper Michael Bialczak, as well as the individual hub coordinators for their reports.

Milers Wrap Up 2023 With Pre-Christmas Breakfast

Milers enjoying breakfast in the "summer" weather after a lap of the Tan. Photo by Andrew Ross. Melbourne's famously changeable weather delivered a few cold showers on the morning of December 14, but in the end it was dry enough for a lap of the Tan and a good social...

END_OF_DOCUMENT_TOKEN_TO_BE_REPLACED

My Journey of a Sub 3hr Marathon Attempt By Daniel Rees It was the morning of Saturday 13th December 2020 would be my 8th attempt at the marathon distance and my 3rd attempt of having a real crack at breaking 3hrs. I felt this time was different as I'd put a lot of...

END_OF_DOCUMENT_TOKEN_TO_BE_REPLACED

As discussed at the AGM, the club has commenced planning to initiate training hubs in key locations around Melbourne so that members may resume running in groups for the Tuesday and Thursday training sessions (as per Training Program) from January 2021.  This is...